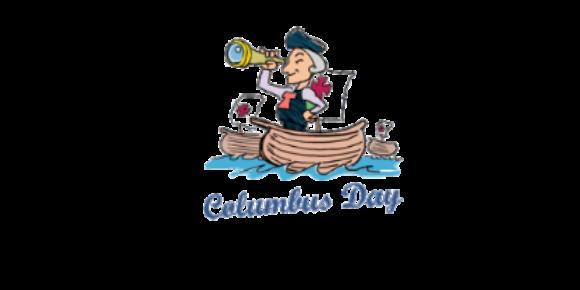 Every year, we commemorate the discovery of the New World by explorer Christopher Columbus. Originally the holiday was celebrated each year on October 12, the day the expedition landed. Later, in 1971, Congress moved the holiday to the second Monday in October.
Did you know that there are several names for the holiday? In Berkeley, California, Columbus Day is known as Indigenous Peoples Day, South Dakota calls it Native American Day, and Alabama combines Columbus Day and American Indian Heritage Day. Hawaiians know the holiday as Discovery Day.
The three ships and 90 men set sail in August, 1492. After sailing for five weeks, the three ships the Santa Maria, the Nina and the Pinta, finally reached land.
According to the Library of Congress the published report of his expedition made Columbus famous, and he earned the title of Admiral of the Ocean Sea.
Columbus died when he was in his mid-fifties, but more than 500 years after his discovery many cities still host parades in honor of him reaching the New World.
FYI: Columbus Day in America falls on the same day as Canadian Thanksgiving Eh!?
"Watching Your Back,"
Your Health Coach,
Dr. Ross Coccimiglio